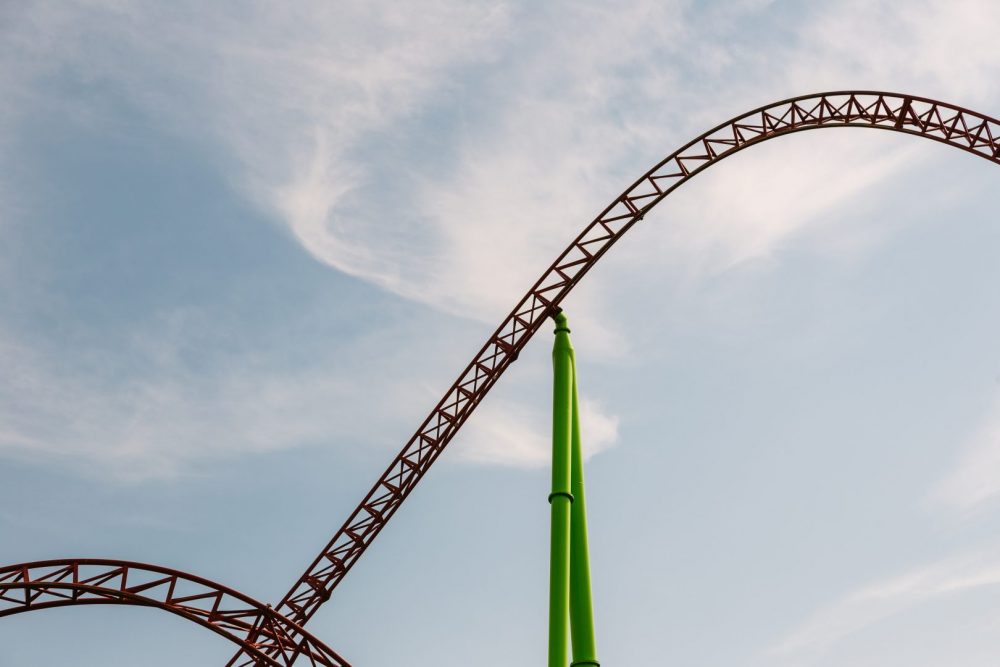 Tezos was a lurid ICO in 2017, which coin was listed on exchanges only in the summer of 2018. However, its price was deadly dumped due to market crash in late 2018. Figuratively speaking, now the cryptocurrency is showing some signs of recovery after a prolonged “illness”. Is it worth buying it now or is wait-and-see attitude better?

There is no reinventing the wheel, this is a platform for decentralized applications and smart contracts. It’s similar to Ethereum. According to the official website, a key feature of the platform is managing the development of the blockchain by participants’ voting. Tezos is also based on the Proof-of-Stake (PoS) algorithm, according to which only some selected validators can participate in transaction verification instead of miners (XTZ cannot be mined).

The adaptability and upgradability of the network depending on consensus, expands the potential functionality of the platform.

Tezos is one of the sensational (and infamous) ICO in 2017, which managed to collect a fantastic $232 million in bitcoins. Due to disagreements between the founders, collective claims from investors and other legal problems, the launch of the platform was postponed.

ETH is a fuel of Ethereum; XTZ performs the identical role in Tezos. The coin can be obtained through the PoS algorithm by miners. This process can be called mining only conditionally, It is used to execute smart contracts created on the platform, since transaction confirmation is entrusted to a random token holders. It can also serve as a means of exchange and reward within Tezos and apps created on its basis. As of August 2019, there are several Tezos-powered projects: Tezsure (decentralized insurance marketplace), Taquito (a TypeScript library suite that can be used to create applications), VIAZ (a decentralized funding platform), and dozens of others. In addition, BTG Pactual, the biggest investment bank in Latin America, plans to launch a project on Tezos blockchain.

One can buy the altcoin on Kraken, Gate.io, HitBTC, Bitfinex and some other, less popular exchanges.

Tezos Foundation is actively working to provide grants to start-ups working to improve the ecosystem of the platform. In 2018, the French company OCamlPro was lavishly funded. That year, the Foundation also announced support for the start-up company Cryptonomic, which should bring smart contracts to a new functional level.

In 2019, grants were issued to more than 20 projects. The following developments were of priority: applications created using Tezos smart contracts, updating tools for developing smart contracts, educational resources focused on Tezos, marketing initiatives that raise awareness about the ecosystem.

At SXSW 2019, the Winklevoss Twins mentioned this platform as an Ethereum competitor. The video with these words went viral, causing price-boosting effect.

Soon the migration from the current protocol to the upgraded Athens is planned. The upgrade which include, in particular, gas limit increase, will be implemented if the participants agree for it.

In early July 2018, XTZ token was added to the Gate.io (before that, the tokens had been traded as futures on HitBTC). Its price fell from $4.58 to $1.22 in a few days. This is because holders began to sell tokens, in addition, coin ranking websites like Coinmarketcap hadn’t been able to find enough information about the turnover of coins (after updating the data, Tezos market capitalization diminished).

After launching the beta version of the platform, Tezos price began to recuperate, reaching $2.45. Some investors who had not sold the tokens were optimistic. They had a reason to think so. The project has a working blockchain platform, which is a paramount growth factor. However, their expectations were literally buried in November-December 2018.

XTZ is trend dependent. We can’t really be doing with the word “advantage” for that, but market recovery pulls the XTZ price up.

In 2019-2020, we expect that the altcoin will be added to other large crypto exchanges. As predicted by our experts earlier, it was listed at Binance and Huobi, which led to price splash.

The situation with a sharp sale will not happen again, because there are enough markets for implementation. The expansion of volumes and additional options for wallets should have a positive impact. Having received support from eToro on August 5, 2019, the project briefly but significantly improved its position with a noticeable price increment.

The crypto has a high FCAS (Fundamental Crypto Asset Score) rating. Data about it is posted on CoinMarketCap. The project’s health is classified as “B” and has over 600 rating points. Most competitors are far behind.

However, it is unlikely that XTZ will significantly rise in value. It has at least two giant rivals: Ethereum and EOS. Gaining precedence on the market would be postponed to better times. Our Tezos forecast is shown in the table below.

Disclaimer: this forecast is our estimate. Always conduct your own research before investing in any cryptocurrency. There are no guarantees in this market, but you can correctly manage your risks.