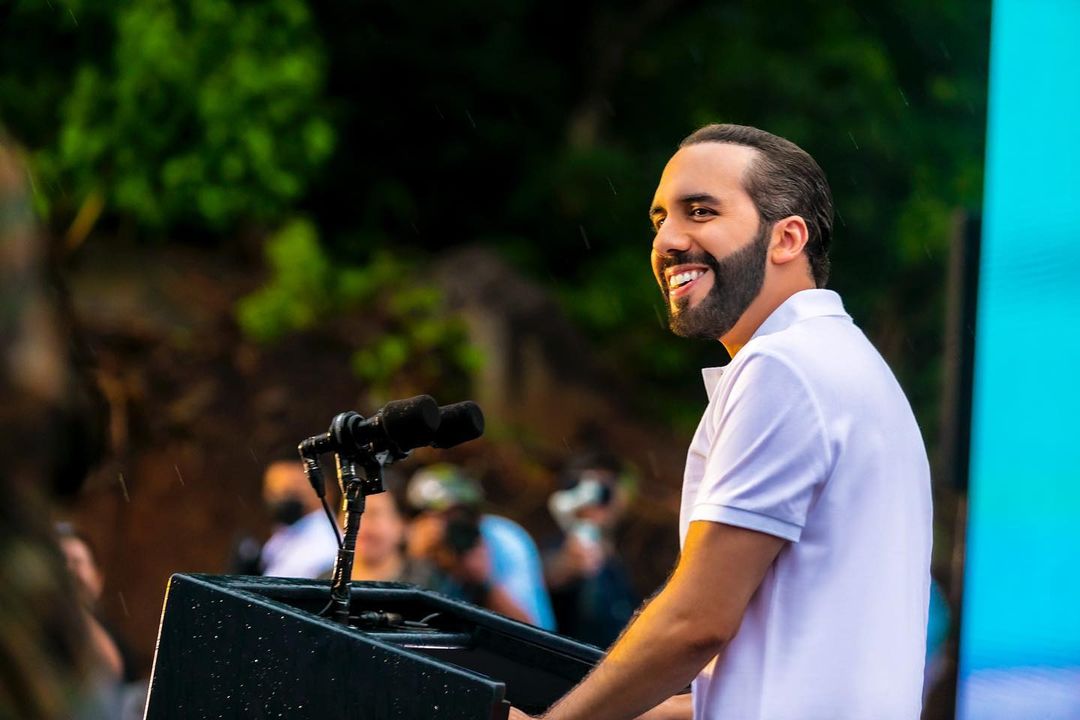 Nayib Bukele (known in the crypto community as the Bitcoin President) is the leader of the Central American state of El Salvador. He became the first president to choose a course for the full adoption of cryptocurrency for his country. It is still unclear how correct this decision is, but Nayib has become a symbol of bitcoin maximalism. How much money did his investment bring to the state and how much BTC is stored in his personal wallet? The president’s net worth may surprise you.

Being president is very honorable, but not as profitable as many people think. It is impossible to make a huge capital and even become a millionaire on one salary of a top politician. According to official figures from the government of El Salvador, about $64,000 a year is allocated from the budget money as a salary for the president. It’s about $5,200 a month. Over the entire 5-year presidential term, Nayib Bukele can get rich by only 320 thousand dollars. This is less than the US President earns in a year.

These are not all the bonuses that Nayib Bukele receives (his predecessor received and his successor will receive). The state pays the President accommodation, travel expenses, and guarantees social security. However, this can hardly be attributed to the assets of Nayib. For El Salvador, a salary of $5,000+ is a very good money. But Bukele is much richer.

How Much Bitcoin Does Nayib Bukele Have?

In 2021, the leader of the Central American state amazed everyone with his decision to buy bitcoin. He made a huge investment.

For a year and a half, 2300 BTC were bought for budget money. In November 2022, Bukele announced that El Salvador was starting to buy 1 bitcoin every day. He became an example of the “buy the deep” strategy.

On a national scale, buying about 2500 BTC in 2 years is a serious but not fantastic deal. This can be compared to the financing of a large construction project or the purchase of strategic stocks of some important goods. However, the prospects for such a deal are really impressive. Nayib believes that the main cryptocurrency could be worth $100,000. Many opinion leaders agree with his position.

You must not forget that all this crypto wealth is not the property of Bukele. The wallet officially belongs to El Salvador. The president himself definitely has personal reserves of digital assets, but they are disproportionately smaller than the state ones.

Since the young president is a public figure, he cannot hide his wealth. Before becoming a candidate for a high government post, he submitted an income declaration, which displays his current net worth. According to most sources, Nayib has a net worth of $2 million.

You have already seen that it is almost impossible to increase your net worth as president of El Salvador. We estimate the current capital of the bitcoin politician at $2.5 million. You may be used to larger numbers. Some crypto bloggers boast of several times more wealth. However, Nayib is really rich, unlike many YouTube investors and traders.

How Did Nayib Bukele Get Rich?

Bukele became a millionaire long before he took over as president. He started his own business while still a student. He now owns Yamaha Motors El Salvador. He received the start-up capital thanks to his parents, who were quite rich by the standards of their country. Nayib did not spend capital on entertainment. He was able to invest in the business and excelled in it. He owes his impressive net worth to entrepreneurial activity.

He entered politics in 2012 when he was elected mayor of Nuevo Cuscatlán. We have no information on how exactly he combined his business with a public position. Legislation prohibits civil servants from engaging in entrepreneurial activities. Usually the owners of large companies transfer their management to other people.

Bukele supposedly made his first million at the age of 30. It is possible that the rapid growth of his wealth was an interest in cryptocurrencies. Since that time, the main coins have grown hundreds of times.

What Crypto Does El Salvador President Invest In?

The president is very reserved about altcoins. This suggests that he forms his personal crypto portfolio based on bitcoin and several other top coins. He does not make a hype on mem-coins, although many consider them very profitable. We are sure that 2/3 of his portfolio is BTC. However, as long as Nayib remains a high-ranking politician, he is unlikely to show a list of his favorite cryptocurrencies.