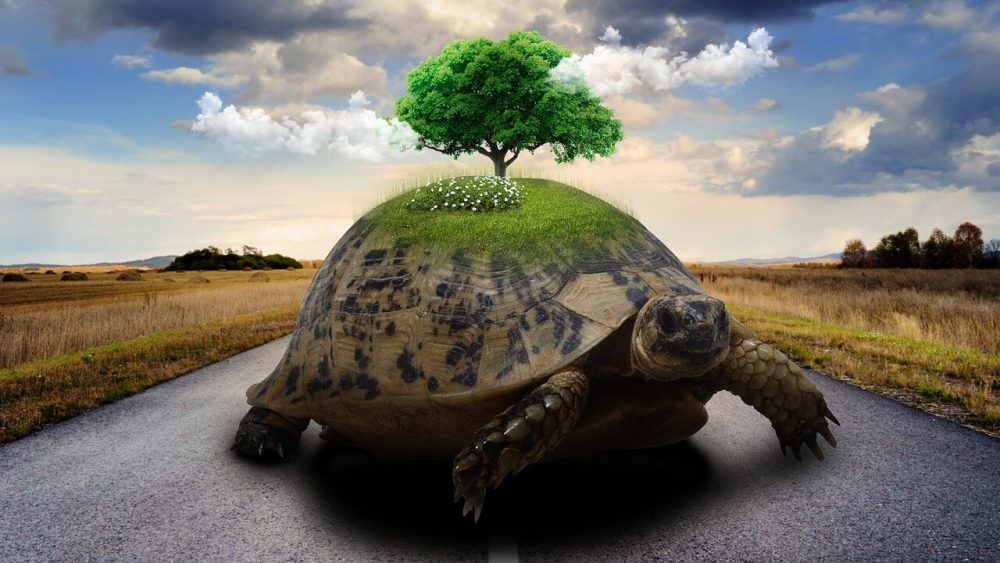 Every new surge and every new fall of Bitcoin price gives rise to the discussion on what it is backed by and whether it is a bubble with renewed vigor. To please crypto skeptics we will respond that in the narrow sense of currency (both crypto and fiat) “back up” Bitcoin is backed up by nothing. Is it good or bad? What are currencies backed up with? In spite of this question being ill-posed itself it is worth dealing with.

Currency backing up is presence of certain material wealth, which determines the price of such currency and stands as its material equivalent.

What are Currencies Backed Up With? 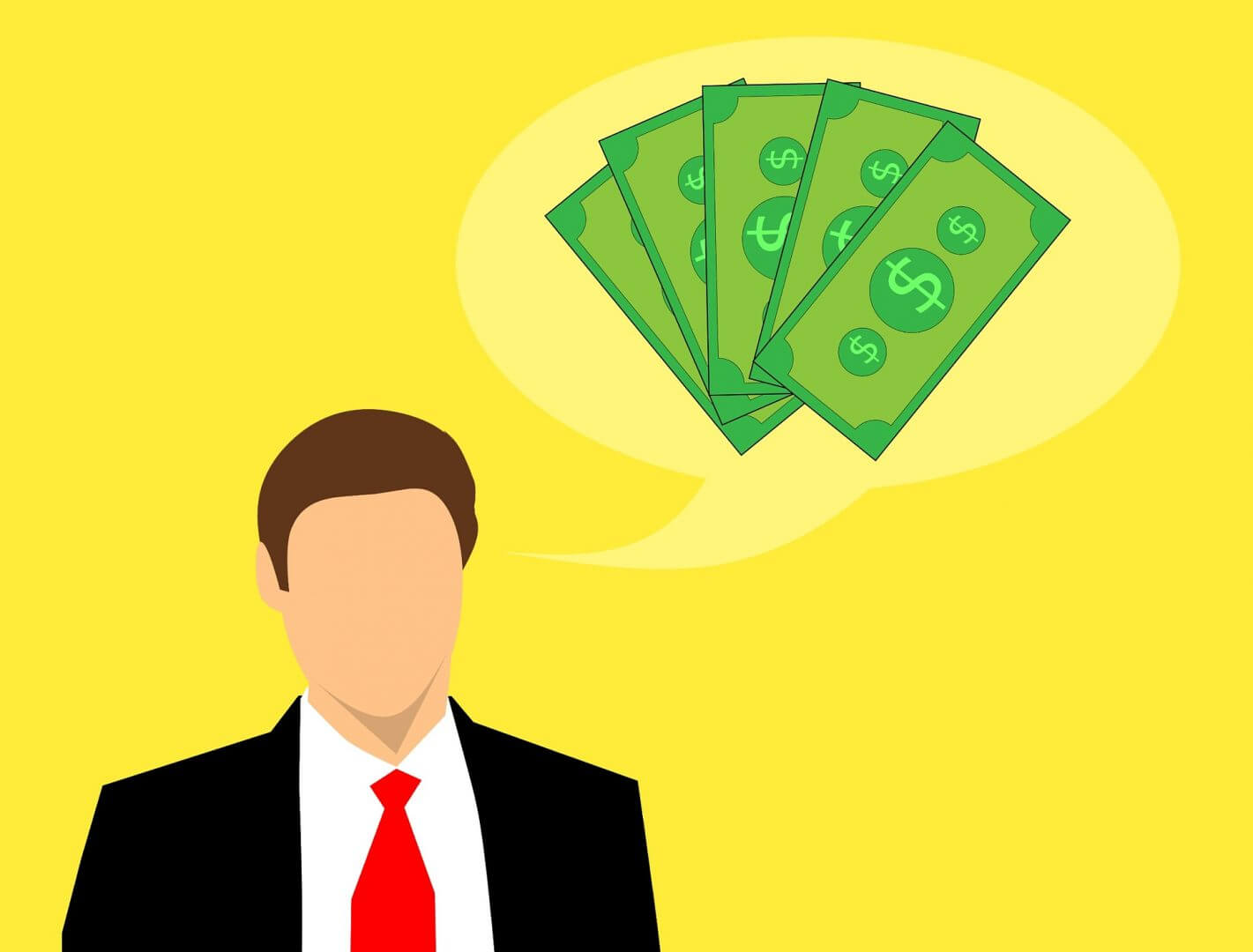 All crypto skeptics we encountered were telling us for hours that cryptocurrency was not backed up with anything and consequently that was a lie and provocation, unlike time-honored dollar or any fiat currency. If you still believe that behind your ruble or dollar / euro there is real material grounding we have bad news for you.

In 1944 the “gold standard” gave way to the “gold-dollar standard” adopted at the Bretton Woods conference. The world currencies’ exchanges became tied to the US dollar and remained to be backed up with gold reserves.

However, virtually in 1971 and formally in 1976, the world economy transited to the so called Jamaica currency system. The exchange rate is established solely by the market. Funny money called dollars, euros, rubles etc. are valuable to the extent the market is ready recognize them as means of payment.

Cost of money is equivalent of goods which can be bought for it. As soon as the market refuses to recognize currency as a means of product evaluation, money will cost no more than paper they have been printed on.

Myth 1: Fiat currencies are backed up. Fiat money are backed up with nothing except for being recognized as a means of payment and political constituent of national and international economic processes.

What is Behind Bitcoin? 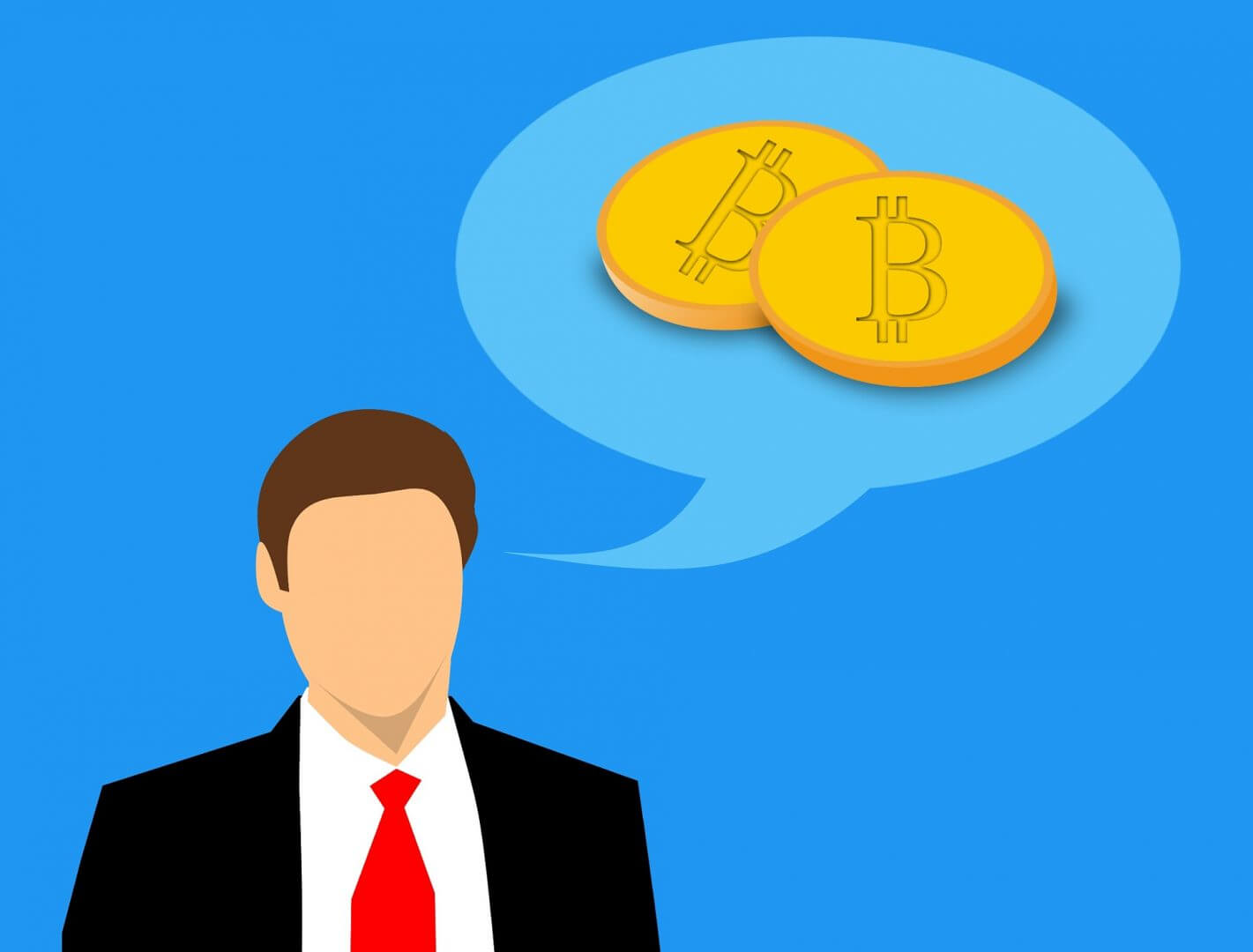 Like any fiat currency Bitcoin is not backed up with tangible assets. But it does not imply that Bitcoin is a dummy, which has nothing behind it.

The cryptocurrency market shows that people are ready to deal with Bitcoin. They have different reasons: settling accounts with friends and partners, opening an online shop, Bitcoin collecting, money laundering. All these people are behind Bitcoin providing its stability.

If the fact that Bitcoin is backed by the market and consequently by people, does not seem compelling think about the scope of this market. The 99% fiat currency market is too small compared to the cryptocurrency market. Which market is more stable and reliable? There is no need to answer this question.

The main thing backing Bitcoin is blockchain. It is the blockchain technology that ensures functioning of the cryptocurrency market. Due to it bitcoin features decentralization, transparency, market impartiality, standing off politics. No fiat currency has such technological base. 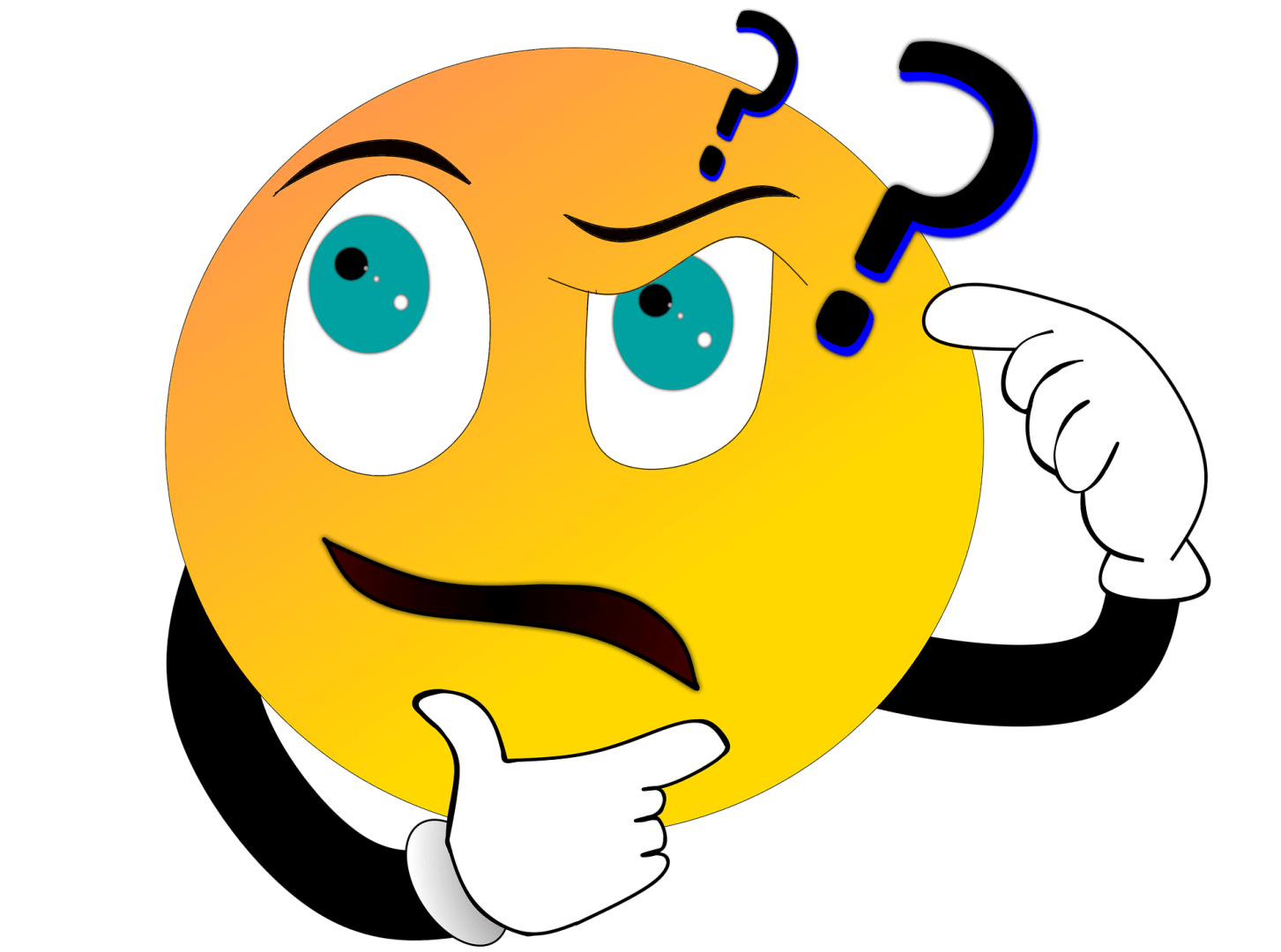 If currency is not backed by anything, why does it cost money?

The Jamaican financial system implies exclusively market formation of prices for world currencies. Nevertheless, we realize the importance of political constituent in this process.

It is market that determines the Bitcoin price. It is reflected in the amount of fiat money people are ready to give for bitcoin. Proliferation of bitcoin as a means of payment increases the interest in it which means that it becomes wider spread. The circle is closed and Bitcoin conquers the world.

Getting at the root of this problem, money can be considered a specific commodity and buying and selling – barter. It means that price setting laws are equally nondiscriminatory both for a conventional commodity and money. The increase in demand for Bitcoin leads to its price rise. Similarly, high supply exceeding demand will undoubtedly cause price drop.

Millions of other causes affecting Bitcoin price setting are confined to the “demand-supply” formula. Having learnt about forthcoming ban on bitcoins, scared investors hasten to sell it. Decrease in demand led to price drop. Who is to blame for this drop? The South Korean government, that was not going to ban bitcoin, China, India, Decepticons, or the dark forces? Those who quickly started to sell their bitcoins for a low price are to blame.

High volatility of Bitcoin is a normal feature! This suggests that the market is alive and real. By the way, fiat currencies are also characterized by unstable price. While cryptocurrency features rises and drops, many fiat currencies can only brag of drops. Inflation rate in Zimbabwe, Venezuela, and Congo is sky-high. High inflation rate is also typical for other countries (Ukraine, Uzbekistan, Argentina, Angola).

Fiat currencies are those which are not backed and whose exclusive backer is the state (currency should be backed by something). Prices of such currencies depend on the market, and of people’s believe in their paying capacity.

In fact, bitcoin has all features of fiat currency except for guarantee on the part of the state. Strange as it may seem, this is the key advantage of Bitcoin.

In fact, it is not strange. The thing is that cryptocurrency’s decentralization relieves it from state intervention, consequently from political expediency, corruption and other stuff.

Of course, there is a fly in this ointment. Today big business enters the crypto market, which causes its decline as business giants do not want to overpay. Unfortunately, big business has immense leverage over the market. BUT! When capital transfers to cryptocurrency, the market must become steady and robust. Billions of dollars of corporate giants will become its guarantee.

Myth 3: Fiat currency is integrity. Centralized decision-making and driven to absolute human factor do not allow for integrity.

When Will Bitcoin Bubble Burst? 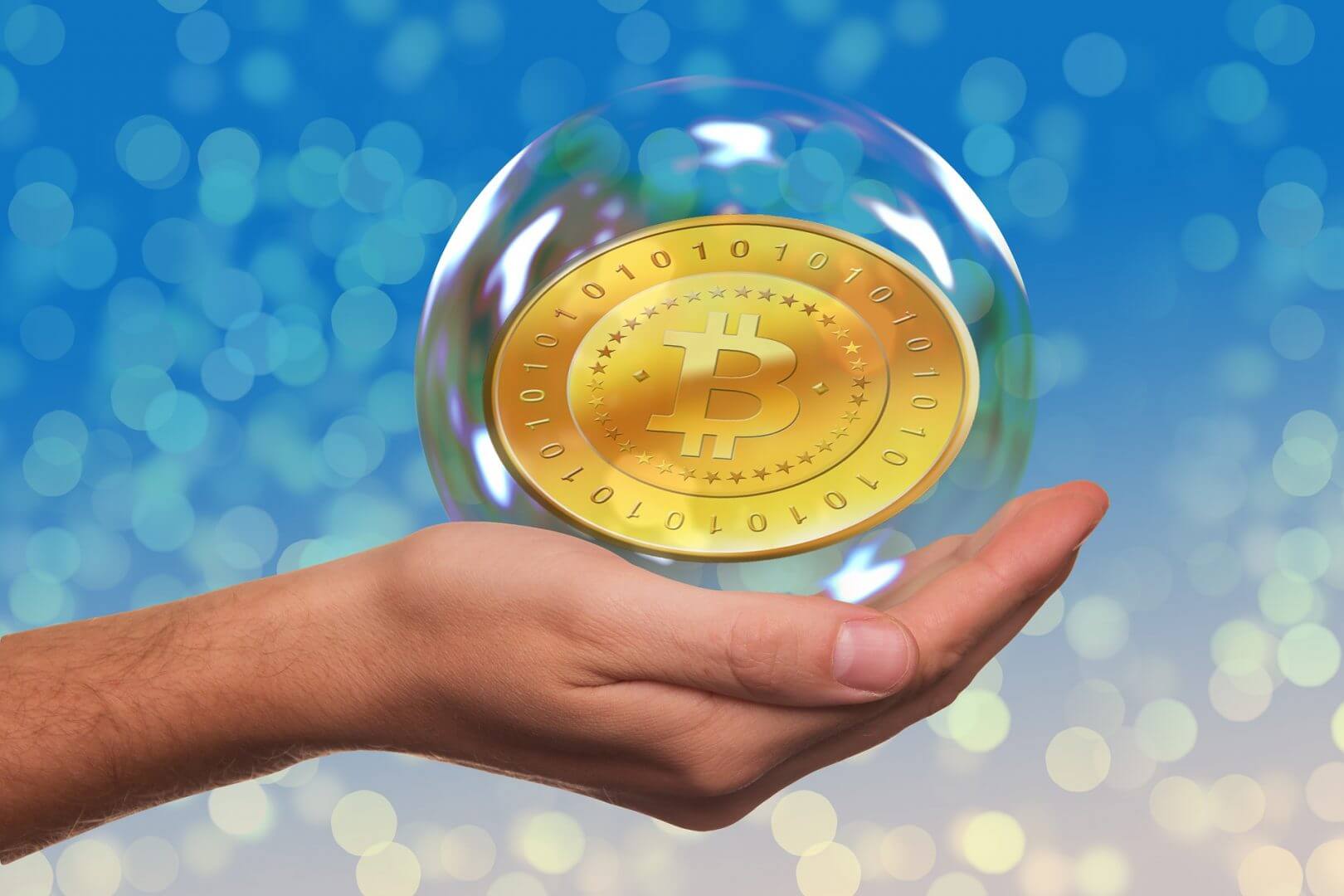 Bitcoin price can drop. It can depreciate. The only thing that can lead to these consequences is the market’s refusal to use it. Dollar bubble can burst as well.

Myth 4: Fiat money will exist forever. Nothing is eternal in this world. At present fiat currency is closer to crash than cryptocurrency. Both do not have material basis therefore the one having more market credibility will survive. If the tendency of involving the world capital in cryptocurrency persists (currently there are no reasons for bucking it), cryptocurrency will become the basis of a new financial system.

What is Bitcoin Backed by – the Bottom Line

In conclusion, like any contemporary fiat currency Bitcoin is not backed up with tangible assets. However, it is backed by the more powerful and independent market. It is still in the making, but soon it will become a more reliable guarantee than any state.

What is BUIDL and why not HODL?

National Cryptocurrencies: Facts that Shouldn’t be Missed by Crypto Investors