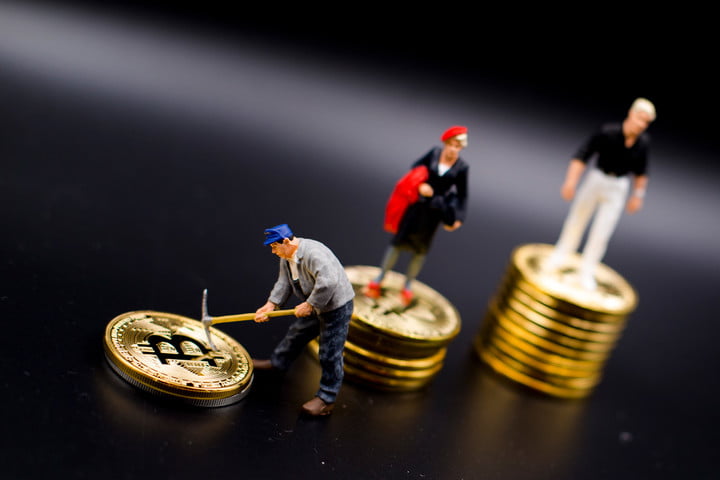 On its Twitter page, BitPico announced that it no longer interested in bitcoin. The company sold all BTC it owned. The mining equipment was put up for sale. 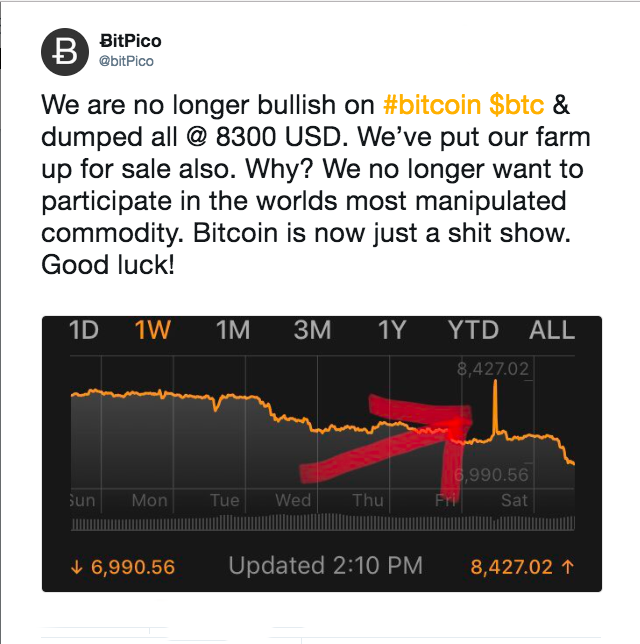 As can be seen from this expressive tweet, the mining pool came to the conclusion that bitcoin is the most manipulative commodity in the world. In addition, the BTC has turned into a shit show, according to BitPico.

How can the cryptocurrency world will exist without BitPico? Just like before. This will not affect the future of bitcoin in any way. BitPico earlier already made harsh statements. For example, they have announced that BitcoinCash is highly centralized. We will not analyze the reliability of this statement, but only note that it hasn’t led to the collapse of the BCH.

The situation with BitPico reminds us of a PR move. Perhaps they have some problems, and the noise around them will attract new users. If so, then the idea has already partially justified itself. Only the lazy did not write about the “boycott of bitcoin”. But only CryptoInfoBase was not limited to a banal statement of the fact.

We admit that we also sold our Bitcoin for 8300 USD. But unlike BitPico, we plan to buy it very soon for a much lower price. Or maybe BitPico is also going to do it? Write your opinion in the comments.

Follow us on Telegram https://t.me/crypto_infobase, and be in touch with the latest news, guides, and predictions 😎

Has Satoshi Nakamoto Come Back? What Does “Nour” Mean?

The Newest Airdrops or Where to Get Free Crypto Today