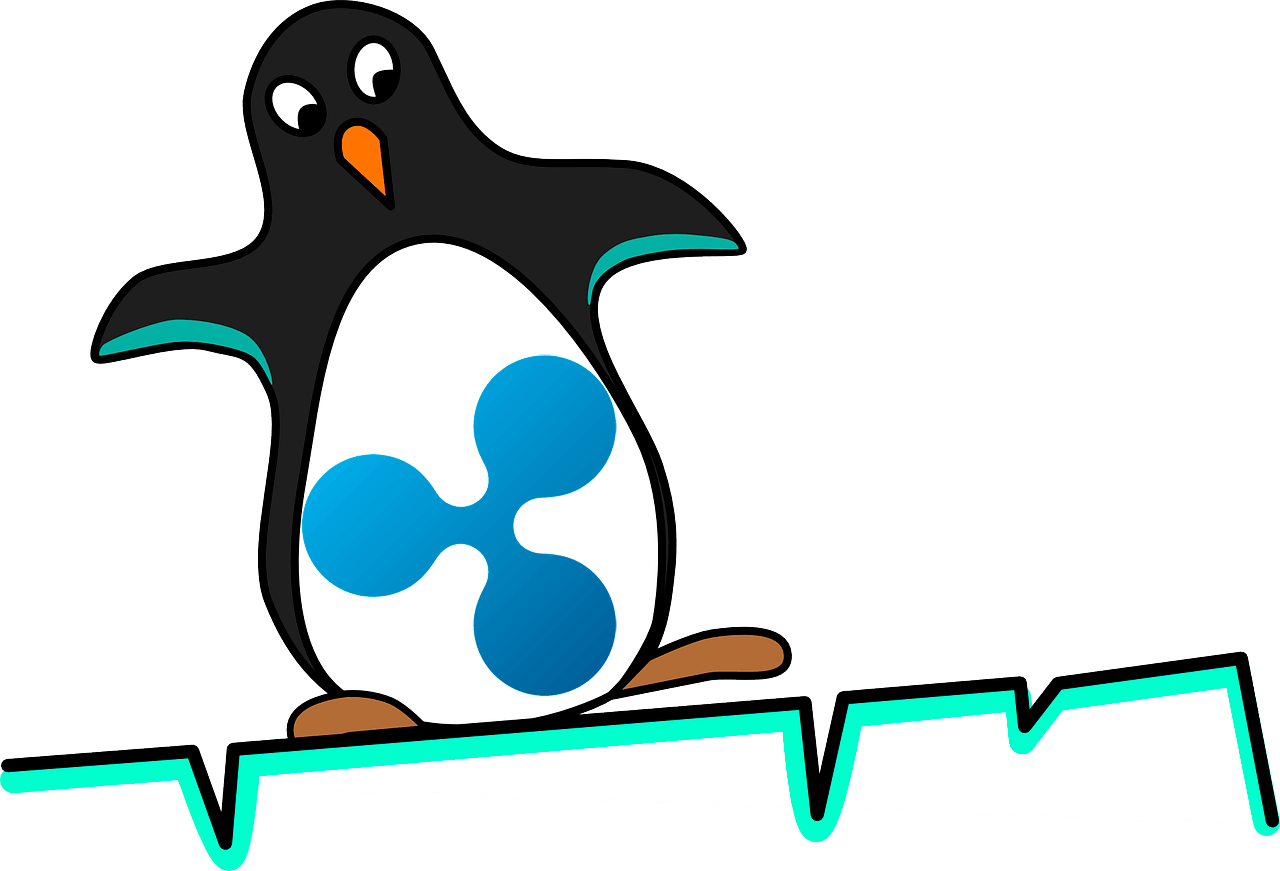 The end of the last week and the beginning of this one was marked by another fall in the world of cryptocurrencies. Nothing extraordinary, nothing unexpected, but not very pleasant. Against the background of a general fall, one coin has appeared to be unexpectedly stable, while recently it has been stable only in its fall. It’s about Ripple (XRP). Of course, this is not a cryptocurrency, or, as some like to say, cryptocurrency on blockchain. However, that is not the point.

So, what gives us food for long reflections, what is alarming and what should not pass by the crypto-investor.

General market trends in the last 7 days are obvious. But in the general picture, Ripple (XRP) is sharply distinguished. Look at the chart below. 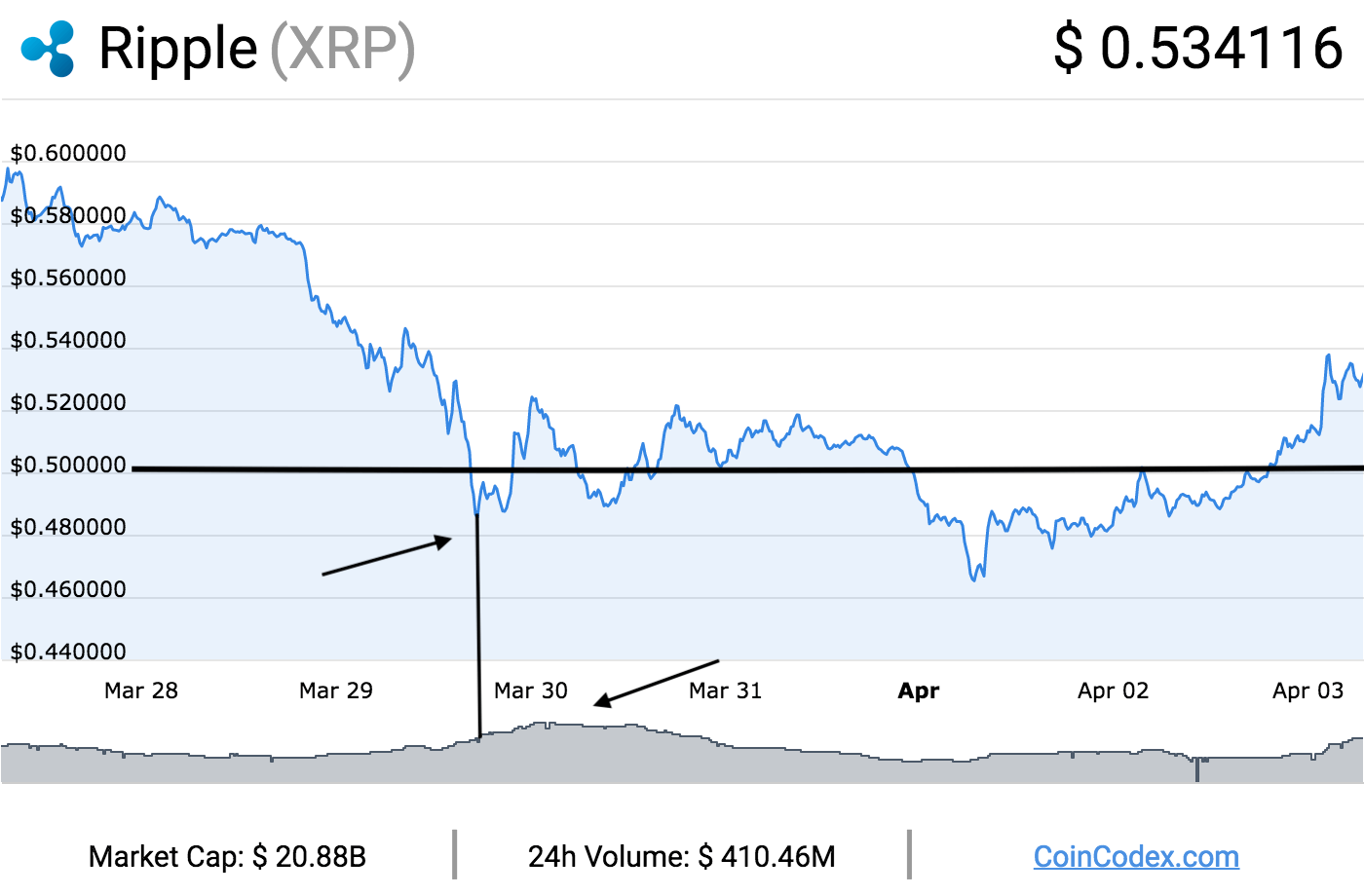 Note that, starting from March 29, 2018 to the present day, the Ripple (XRP) rate has firmly remained in the tunnel between 52 and 48 cents per coin. The curve whirls around the intermediate mark of 50 cents. In fact, within 5 days, the price fluctuations of Ripple (XRP) in relation to the “stability point” are no more than 4%. Phenomenal stability for such a volatile product as crypto currency. Top cryptocurrency competitors were much less stable. The fluctuations of bitcoin and ETH were about 11%.

For less than a month, Ripple (XRP) has lost 50% of its value. And if we talk about the January peak, the fall was about 85%. However, recently, the situation has sharply improved.

The chart above also shows the trading volume with Ripple (XRP) in the cryptocurrency market. Striking growth of volumes is evident at the rate dynamics, which threatened to throw it out of the 52-48 cent tunnel. We have no doubt that it is not accidental. The rate persists, not allowing for breaking a psychological mark of 0.5 US dollars or at least bringing it closer to it.

Today, the rate of Ripple is growing along with the entire market, but the recessions this week have not ended yet. Ripple (XRP) will do its best to maintain its position. It will not fall below $ 0.48 per coin. We do not know whether such speculations will last long.

How is this possible? Ripple operates in the sphere of cross-border payments for world banks. It was created by bankers for bankers and, most surprisingly, it’s not even a block chain. This network is not decentralized, which means that all the levers for managing all assets, functions and other things are completely in the hands of the owners and founders. Ripple is like ordinary fiat money, which can be printed without end and control, and all this is led by one group of people. It is very unfortunate that the innovativeness and prospects of this product are overshadowed by targeted speculation in the market. Yes, this is typical for all cryptocurrencies, but the Ripple case is too obvious to be silent about it.