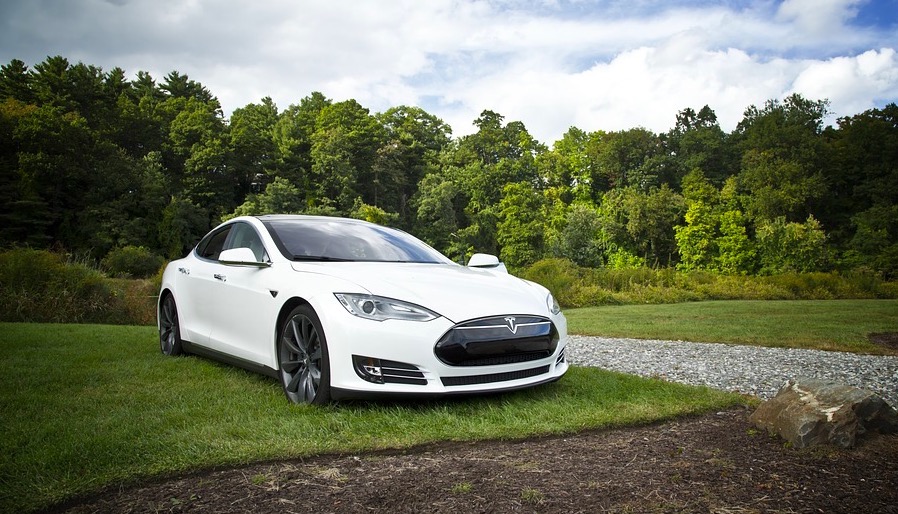 Recently, a Tesla-related scandal erupted in the crypto community. As previously reported, Justin Sun, the founder of the TRON Foundation, announced a giveaway, under the terms of which users who retweet a post from his page could win Tesla car. Since March 12 (the date of the announcement of the “lottery”), about 55 thousand people have retweeted him.

Two weeks later, Sun uploaded a video with a selection of the winner with “transparency” considerations. Then it disappeared, ostensibly because of problems on Twitter. Some users have archived it, it is now available at the website archive.org.

So, here Sun explains step by step the process of choosing the future owner of the electric vehicle. All that needs to be done is to enter the original tweet, and the TWrench platform itself will randomly identify one of the users who are eligible.

For unknown reasons, before the drawing a picture of the user profile on the screen flashes, this person be the winner at the end of the video. This is @uzgaroth, who actually triggered the scandal.

The point is that the drawing was held more than 100 times (this information can be easily checked here). According to Cryptopotato, the IP hash and the time of the attempts indicate that these actions were performed by one person.  A user @uzgaroth became the winner only once, which was then announced by the founder of TRON. At the same time, in some drawing profiles, including @uzgaroth’s one, there was an additional condition: “The user must have tweeted between 1 and 999 tweet(s) containing #trx since 2017-06-28“.

Let’s go back in time and have a look at the same tweet that gave a chance to win a Tesla.

To celebrate #BTT & #USDT–#TRON success, I am planning a $20m free cash airdrop. Good news-it's coming, bad news-I may decide to give away more! First, I will randomly pick 1 winner for a #Tesla up until 3/27! To apply, follow me and RT this tweet! Simple! #Blockchain pic.twitter.com/wFyzwtB3ur

Tag #trx is not indicated there, there is only #blockchain. It turns out that Justin added another draw condition to weed out users who are not supporters of his platform.

Users who were in the cohort of “winners” according to the data of the system, began to write to Justin, wanting to know what was the matter. Sun then partially explained by writing that some participants were bots, so they didn’t wanna give them the car. We analyzed one profile (@kozmenko2017), it really looks like a bot. It seems to us that this is just a person who periodically reposted airdrops and giveaways on his Twitter page, without actually being an active participant in this social network. But the condition “not to be a bot” was not originally indicated in the giveaway conditions.

Then Justin announced the winner, it was @uzgaroth.

And then he … makes another draw and chooses another person, a Vietnamese man @LeoHuynhPro.

Then Justin posted an official explanation about the results of the competition. He wrote that there was some kind of limit on Twitter and that he would not like to give Tesla to bots, so he added new conditions: profile picture, post retweet, presence of other tweets, subscription to his page.

Here is the statement for your reference. pic.twitter.com/UmBjxxX6oJ

The winner from the previous video – @uzgaroth – began to express his discontent regarding the glaring injustice. Sun replied that this was an “unfortunate situation” and that he invites him to the niTROn Summit in 2020 (for free).

Can you explain to my 6-year-old son, you will not give him a Tesla because you were wrong, I had already told him that it would be his anniversary gift, he will meet the next 25th of May

Crypto experts, without understanding the situation, began to criticize Sun for not giving @uzgaroth the prize. In this case, the criticism was very significant and could not pass by Justin’s attention.

As a result, the situation was resolved positively, the TRX founder announced that he offers two Tesla, to uzgaroth and LeoHuynhPro. He also explained a large number of attempts at the draws, saying that the team was testing the system.

To bring awareness to the blockchain community, keep fostering transparency, reliability & openness in our values, I decided to offer two Tesla! Congratulations @uzgaroth & @LeoHuynhPro thanks for believing in our mission. More info in my statement https://t.co/mECuxQMq0d pic.twitter.com/H9eBLAqNoO

However, this case focused the attention of the crypto community on the fact that Justin’s policy regarding the development of TRON is, to put it bluntly, infantile. The young entrepreneur is trying to attract the attention of users not with technological innovations but with banal draws and giveaways.

Some twitterers advised Sun to concentrate on the project, rather than handing out Tesla to the followers. Otherwise, people will simply choose other crypto projects, with better leaders and real solutions.

Coinbase Enables Users to Pay for Goods and Services with Сrypto