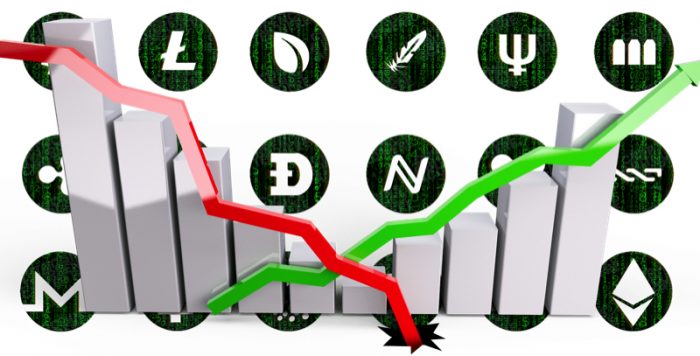 Bitcoin price dropping in 2018 certainly cut you to the quick. Only lazy did not speak about the burst bubble. This winter, the hearts of investors and traders beat more often than usual. The cryptocurrency market has been in stagnation for almost two months and only just now it began to show signs of recovery. What was it and what awaits us in the future? The reply in a nutshell will not work. We are sure that this material will help you to understand who is to blame and what to do.

Bubble that Did Not Burst 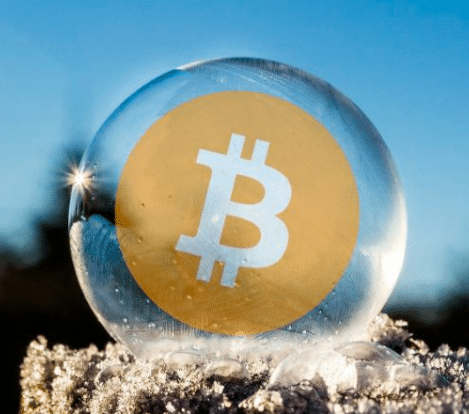 In January 2018, a rapid decline in the rate of all the crypto-currencies began. Against the background of the same rapid growth in December 2017, it looked awesome. Of course, there was talk that the bubble of the crypto currency had finally burst, and its history had ingloriously ended. The fall in the bitcoin price by more than twice made the crypto-enthusiasts nervous.

However, the collapse did not happen. The exchange rate in the crypto market has stabilized and begun to grow. This indicates that the bubble has not burst, the crypt has not depreciated, the market is alive and promises to live long.

Cryptocurrency Crash 2018 – Did it Really Happen?

What happened in the cryptocurrency market in January-February 2018 is called by some people a crash. Not only bitcoin, but also other currencies showed significant drop in price. However, those who are familiar with the matter understand that we cannot speak about cryptomarket crash. If you see the collapse of the currency today, be sure – tomorrow or the day after tomorrow (a maximum in a week) it will be replaced by growth.

After the price growth for all major crypto-currencies in December 2017-early January 2018, there was a correction, which led to a drop in prices to the level corresponding to the state of the market. 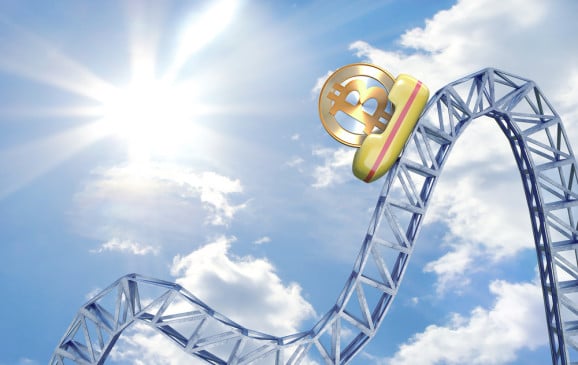 Why Does Bitcoin Drop in Price?

Key factors of price dropping include:

In fact, all these factors are interrelated and have one, quite understandable logic. Large players intentionally free the market from ordinary investors. People and companies dealing with millions of dollars do not want to tolerate the influence of millions of inhabitants on the market. The actions of little players are not always logical and reasonable, but their influence on the market is quite large.

In addition, crypto “whales”, who had just started their work with crypto, were interested in reducing the price of major crypto-currencies. For a person who has decided to buy 1 ETH it is not so important whether he will spend $ 900 or $ 910. Saving $ 1 million looks much more desirable for a person buying 10 000 ETH. And what about a correction in 50%?

That is why for two months the Internet was full of “verified” information that the cryptocurrency would be banned, the exchanges were closed, the farms were confiscated, and the bubble was about to burst. Seeds of misinformation have fallen onto the fertile soil, as it is now that governments have begun active regulation of the cryptocurrency market, which is perceived in the circles of traders and investors as something terrible.

Who is to blame for the fall of crypto? The market is guilty, because it determines the price of cryptocurrencies. The little players, having succumbed to panic, could not withstand the “whales.”

Undoubtedly, there are much more factors that affected such a correction. And do not look for this universal conspiracy. The fall in the price of crypto had, among other things, a seasonal character, when during the Chinese New Year local traders and investors went into fiat.

In addition, the partially speculative growth of bitcoin in December 2017 led to the fact that its price broke away from the market base, which meant that sooner or later it had to return to the market level.

Why is Bitcoin Growing?

The second half of February 2018 showed that the cryptocurrency market was more alive than all living ones. The price went up. For that there were objective reasons, directly related to the factors of the fall.

The rate of crypto currency fell precisely in order to begin to grow. The end of the Chinese New Year, the return of traders to the crypt, the unfulfilled promises to ban the crypt, the entry of major players into the market – all this gave rise to demand for the cryptocurrency, and hence, the growth of its price. 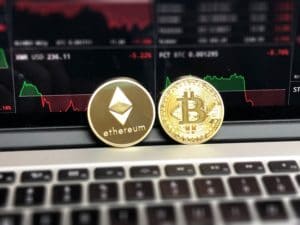 What To Do with Bitcoin and Other Cryptocurrencies

What should investors do? Hold their crypto! The volatility of the crypto currency should accustom them to the fact that its price will always fluctuate. Tomorrow, in a year, in ten years. The very essence of cryptocurrency does not allow it to fix its price.

However, even such a deep correction suggests that the market is alive, which means that the long-term growth dynamics of the crypt will continue.

The Future of Cryptocurrency

The near future will undoubtedly show the growth of the cryptocurrency. Do not expect crazy surges. Until the end of the first half of the year the market will return to the starting positions and continue its growth. And indeed, the new year of 2019 will also begin with a correction. Such is the market.

We hope that by the end of winter of 2018, most people have already understood the absurdity of questions about the prohibition of cryptocurrency. The desire of governments to settle this market is fair. This may lead to some limitations, which will affect the growth rate of the crypto currency, and therefore this growth will be more smooth than in 2017.

For more detailed information about the top cryptocurrency prices we should expected at the end of the year, see Price Predictions section. 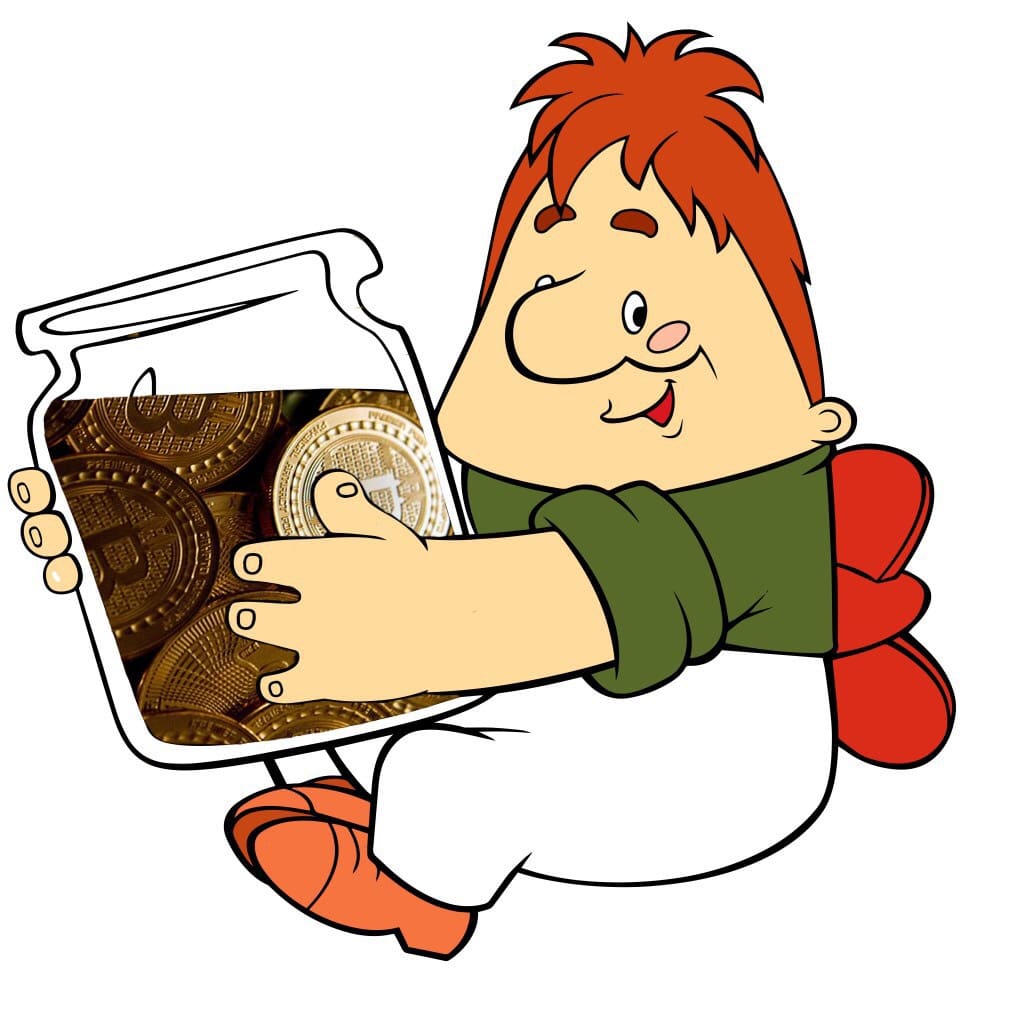 The volatility of the crypto currency can make you nervous, but if you are nervous, take care of something else. You should not be embarrassed by the correction. If the bubble burst, bitcoin would not cost a penny. As Karlsson who lives on the roof would say, correction would be the most normal thing to happen to us today.

The long-term prospect of the crypto currency is encouraging. Being at the beginning of the path of the new financial relations era, it is not too late to become an active participant of the cryptocurrency market.

38% of US Freelancers Periodically Use Crypto, According to Survey

Secrets of Listing Crypto on Binance