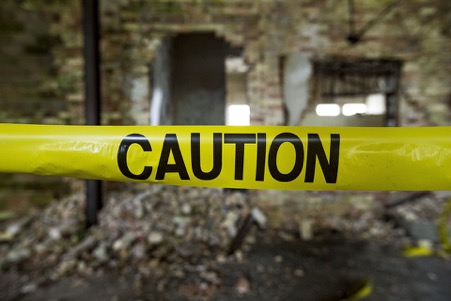 Some speculators get a little too excited when it comes to Bitcoin’s price. And have done since it’s beginning.

Bitcoin’s famous for its price volatility, massive bullish swings, near immediately followed by long periods of slumbering bear downturns. For many investors, this is what continues to make bitcoin a good investment- even if you’re new in the market. These wild swings allow hopeful day traders to squeeze in when costs are low, as they change quickly enough to turn an immediate profit.

Bitcoin’s volatile valuation paves the way for constant market innovation. Seemingly always allowing for new altcoins, or platforms designed for novice and all traders- think Bitvavo – able to create space in an already competitive market. Which isn’t really an easy thing to do. In most big asset valuations, like Apple, or gold- if you didn’t get in on ground floor prices, it’s cost-prohibitive to buy in now. Prices don’t really waiver with a great enough frequency to make it worthwhile.

Penny stocks have long been the preferred method of investors to build their “get rich quick” portfolios, hoping to choose the next Microsoft. However, that rarely happens. So what happens when you can realistically buy into a popular stock that you know will both price soar and plummet? You lose the need for a ground floor, and the only place to go is up. However, these volatile prices have to lead to a few overconfident speculators to suggest some pretty wild price predictions. Here are some of the craziest ones we’ve ever seen.

Nouriel Roubini- also known as “Dr. Doom”, is a professor of economics at NYU, as well as the CEO of a global macroeconomics consultancy firm. Which makes his CV alone more than reason enough to heed his, often wild and overstretched, predictions. Roubini has never been a fan of bitcoin, being one of the coin’s most notable and historic critics.

He has long suggested that bitcoin has no inherent value and that price “will soon” drop to zero… something he’s been suggesting since 2010. The good Dr. also claims that there is a total lack of scalability, and he contends that “[bitcoin] is not as decentralized as it seems”. He also seems convinced that the coin is only used by, and purpose-built for, criminals. Bringing conspiracy theory back into the comfortable realms of academia.

In 2017, John McAfee, the founder of the more than popular antivirus software of the same name, stated with a confidence that could reasonably inspire sociopaths that bitcoin would hit $500,000 by the end of 2020. Where he tweeted “if not, I will eat my dick on national television”… which seems a bit drastic, even when weighed against the standards of bitcoin’s biggest proponents.

Predicting Bitcoin to hit 500k is a massively optimistic suggestion. McAfee used a model to predict this over the top claim and later came to a different prediction about where bitcoin price could go, using this same model. However, this didn’t really work the way you think it might have.

Later in 2017, McAfee amended his original statement- doubling down on his initial prediction. Stating “When I predicted Bitcoin at $500,000 by the end of 2020, it used a model that predicted $5,000 at the end of 2017. BTC has accelerated much faster than my model assumptions. I now predict Bitcoin at $1 million by the end of 2020.” This- in and of itself seems to be the prediction of a mad man. However unlikely the $500,000 mark had seemed- the million-dollar mark seems even more ridiculous. To which, McAfee ended the tweet saying “I will still eat my dick if wrong.”

Here we sit- June of 2020, with bitcoin value just barely cresting $9,000. Not only that, but bitcoin prices seem to be stabilizing, while there’s still volatility to be seen, the value has yet to drop below the massive crash in value following the coronavirus shakeout. Leaving many hoping in earnest that McAfee was just cheekily referring to the famed British pastry.

While the coin has shown great promise in becoming a safe haven asset, particularly because of its behavior post the most recent market crash, it still seems a bit silly to suggest that it would jump to prices that would far surpass that of it’s all-time performance.

DeepTradeBot: The innovation of large companies at your service