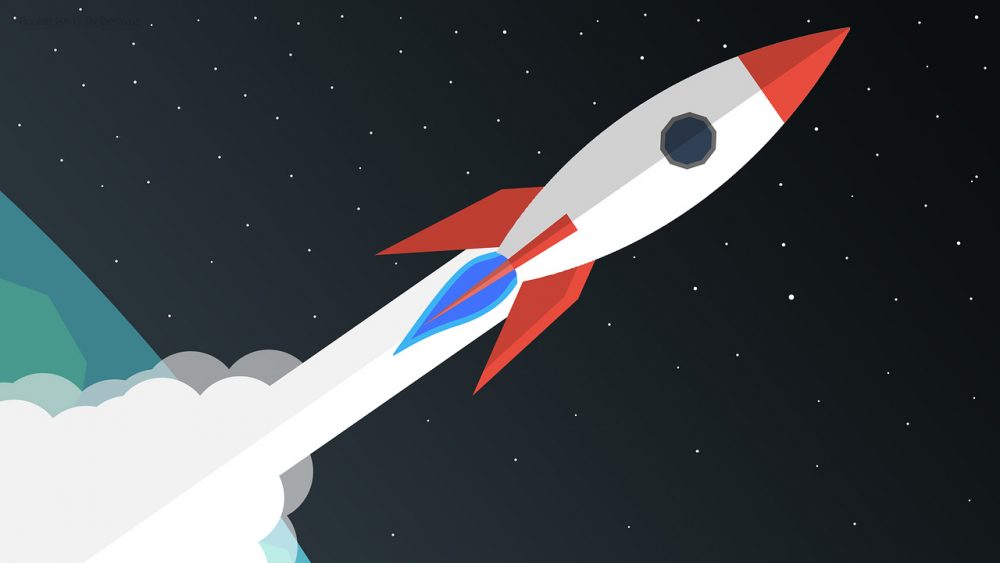 Probably every person who has visited crypto market knows about Stellar Lumens platform. Sure thing, as this cryptographic currency masterfully holds the position in the top 10 by the market capitalization according to Coinmarketcap. Shocks and adversities didn’t get the coin out of the survivor’s cohort, although the price does not always please investors.

Well, is it a good investment? Should you buy it now? If you wanna find answers to these questions, read this op-ed. Our forecast should help you dot l’s and cross T’s.

Stellar is a decentralized platform with own cryptographic currency called XLM (Stellar Lumens). It is aimed to be an intermediate between the current financial world and non-centralized cryptocurrencies. The system is intended for fiat-crypto transfers, which makes it possible to perform cross-border transactions between any currency pair.

The platform has a unique Stellar Consensus Protocol (SCP), which is different from proof-of-work, proof-of-stake and other types of protocols. It allows for reaching consensus without using a closed system to record transactions and without unanimous consent (to solve scalability issue).

The main function of this virtual asset is ensuring settlements between users. According to the official website of the project, lumen (xlm) is a digital currency unit, like bitcoin. These coins provide the movement of money worldwide, fast and secure transactions, including exchange ones, between different currencies (crypto and fiat).

Like Bitcoin, Stellar coin is not very volatile now. And it seems to be more stable that many cryptos out of top 10 by market cap. Sometimes (when the market shows signs of life) XLM is pumped.

See the ticker below to know Stellar price today.

Where can you buy XLM? This coin is distinguishable and popular, so it has been listed at many exchanges:

Finding a trading platform which supports XLM is like shooting fish in a barrel.

March 20, 2019, IBM announced the launch of World Wire, a global system of real-time payments, built on the Stellar network.

March 26, the company entered into a partnership with Coinbase to implement the Coinbase Earn program. This is an educational program from the top exchange, which is aimed at popularizing cryptocoins and informing the public about blockchain technology. As a reward for passing video lessons, you can get a little XLM on your wallet. In total, 1 billion coins were allocated for praiseworthy purposes.

The project has a profusion of plans for 2019-2020. The easiest way to get acquainted with an updated roadmap where they are spelled out. To put it shortly, here are the main positions:

In the fall 2019, the company staff was replenished with several specialists. For example, the chief legal adviser was lured from Uber, where the lawyer, of course, practiced his profession.
There was a major update of Stellar core (v12.0.0). A cool feature was added: the ability to regulate both the amount of sending and the amount of receipt. An order to send Mr. X ten dollars and an order to receive eight euros by Mr. X become equivalent. The sender chooses the payment format.

The release of Horizon v0.22.0, which supports Protocol 12, gave users enough time to prepare for the new update on October 28th. This will be followed by the final update of 2019, which should expedite the work of the network, increase its safeness and guarantee the use of coins in heterogeneous sectors of the economy.

The company began close collaboration with the Blockchain Academy in Mexico. Specialists in the field of blockchain are trained on its basis.

We are Stellar believers however we’ll try to impartially analyze the factors that may affect the price of this flagship cryptocurrency within next 12 months.

Positive factors that might affect the crypto’s price are as follows:

To be more objective, we should analyze some factors that, in our opinion, may slow down Stellar Lumen’s growth. They’re as follows:

Despite potentially negative factors described above, Stellar Lumens long-term price may be surprising (in good sense).

We consider 2019 to be the most market dependent in terms of Stellar pricing. We do not detract from the merits of the project based on slippery bear story. By 2020 all the technical plans will be implemented, the marketing program will be adjusted, and the market would become warmer. Therefore, in 2020, we expect good growth, which would outperform the market average.

Find our short-term and long-term price forecast below.

Disclaimer. This forecast is just our opinion on the coin’s future. Please don’t treat it as exact investment advice. Be sure to conduct your own analysis before purchasing any cryptocurrency on the highly volatile market. The table shows only approximate values that might be possible during specified time periods, so pay more attention to the abovementioned factors.